A French street artist, originally from Orleans, he started graffiti in 2005 under the pseudonym of RIRE, chosen to make people feel something positive through his lettering. After a few years of painting the streets, trains and abandoned places, he refined his style and invented a character that will become his emblem: a fish with a naive style that he sees as a symbol of freedom. The fish escaping from its jar. He scatters it in the street in the form of collage. RIRE then became RIRE_FISH.

From there, his transition begins. He starts to work in the studio on canvas while keeping his graphic codes of graffiti vandalism. After several exhibitions he puts aside his fish and follows new inspirations. He works the contrast of the energy of graffiti that he softens with poetic motifs and wants to keep the same positive message as in his early days.

And in 2020, he founds the collective orlinsdogs, a multidisciplinary collective of sculptors, tattoo artists, street artists and graffiti artists.

There is no need to say goodbye to the great art of Rire_Fish when you leave the hotel.
All of his works exhibited in this hotel are on sale.
So hurry to the reception desk to get more information about these beautiful works of art. 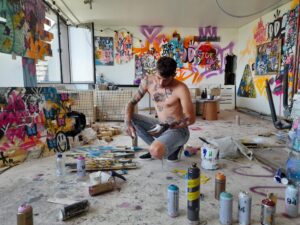 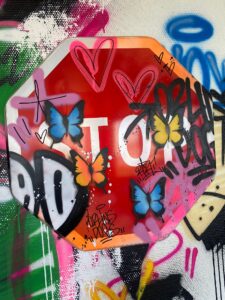 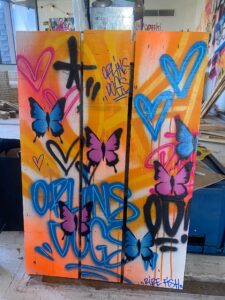 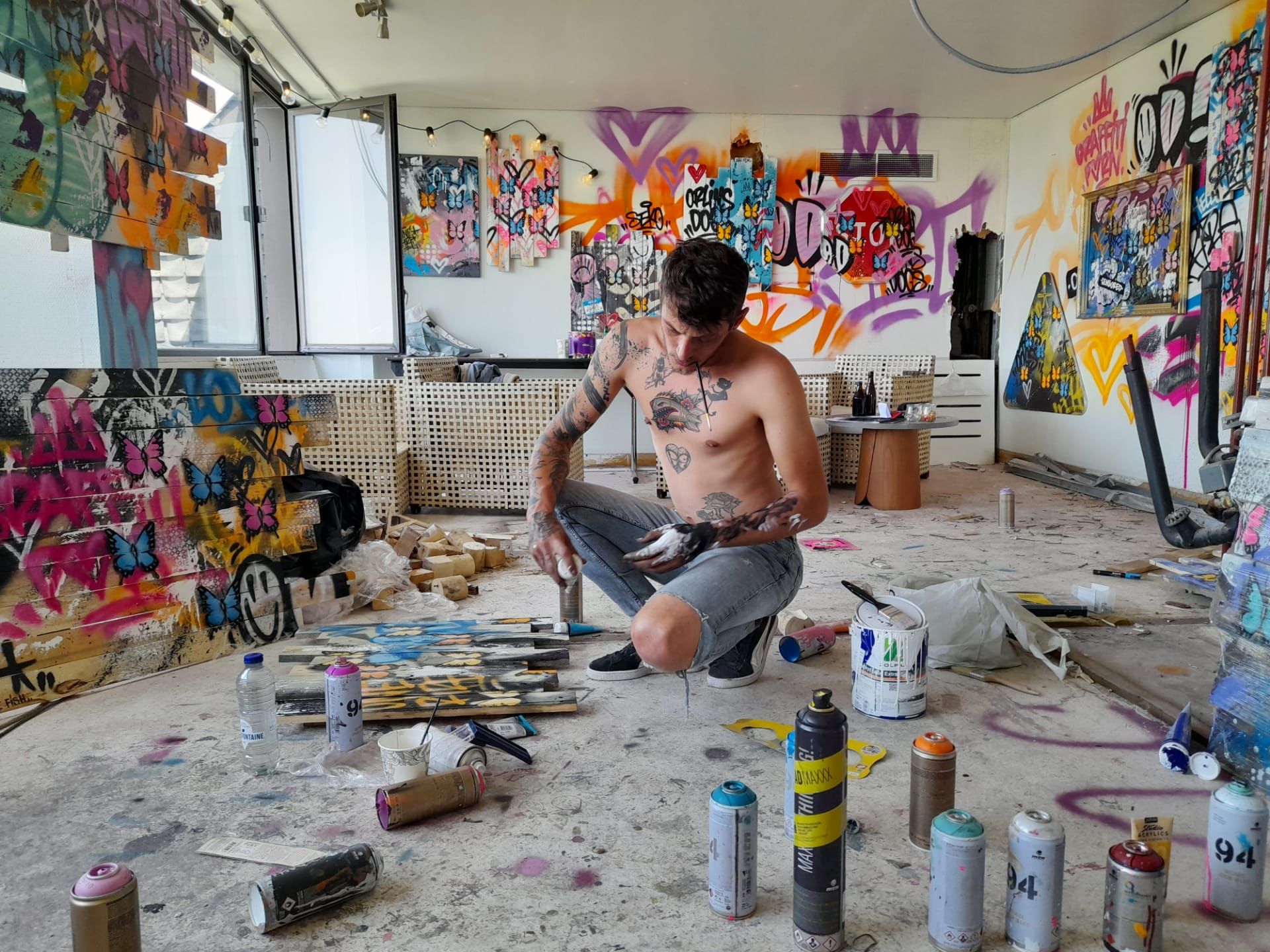 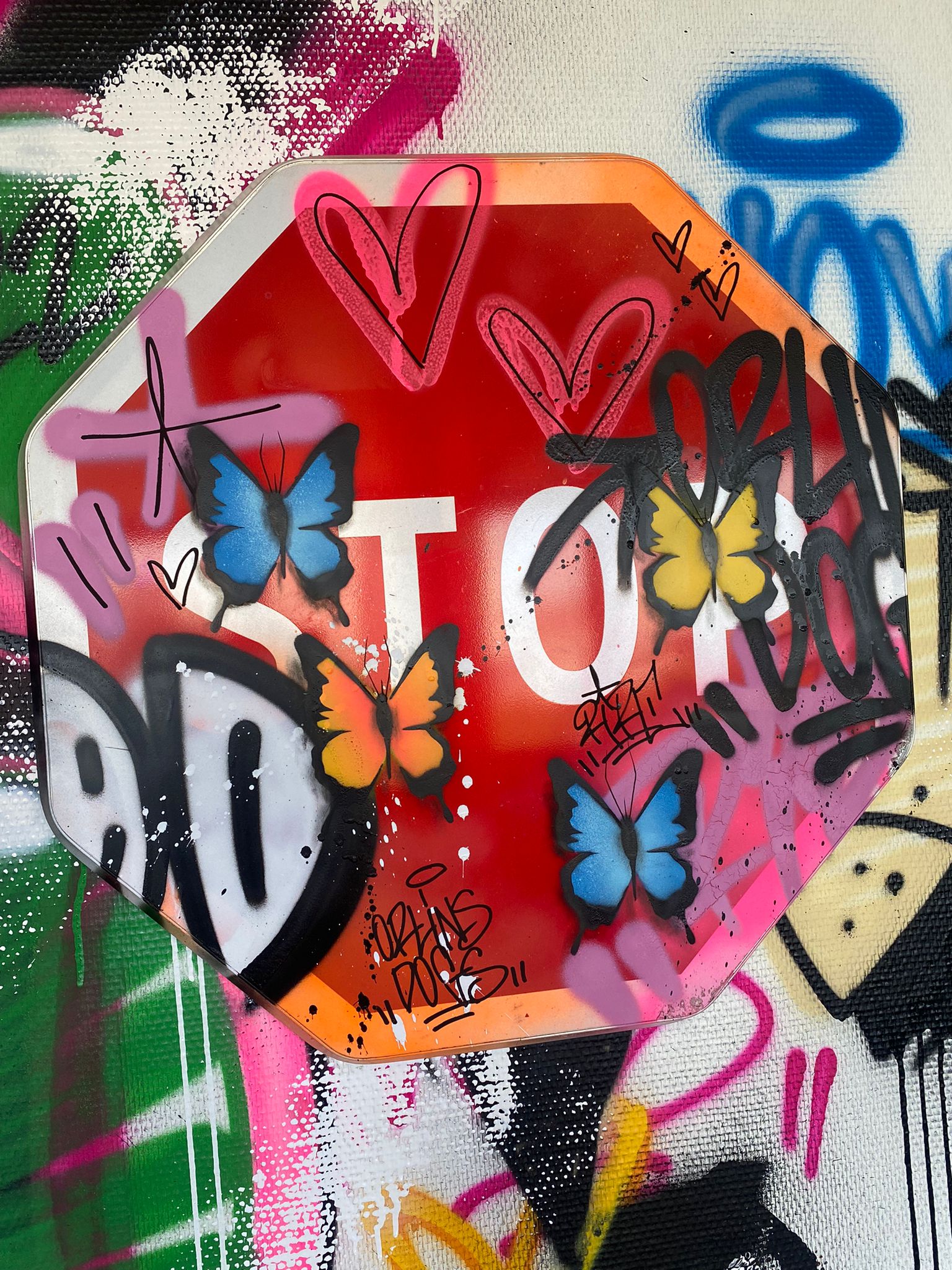 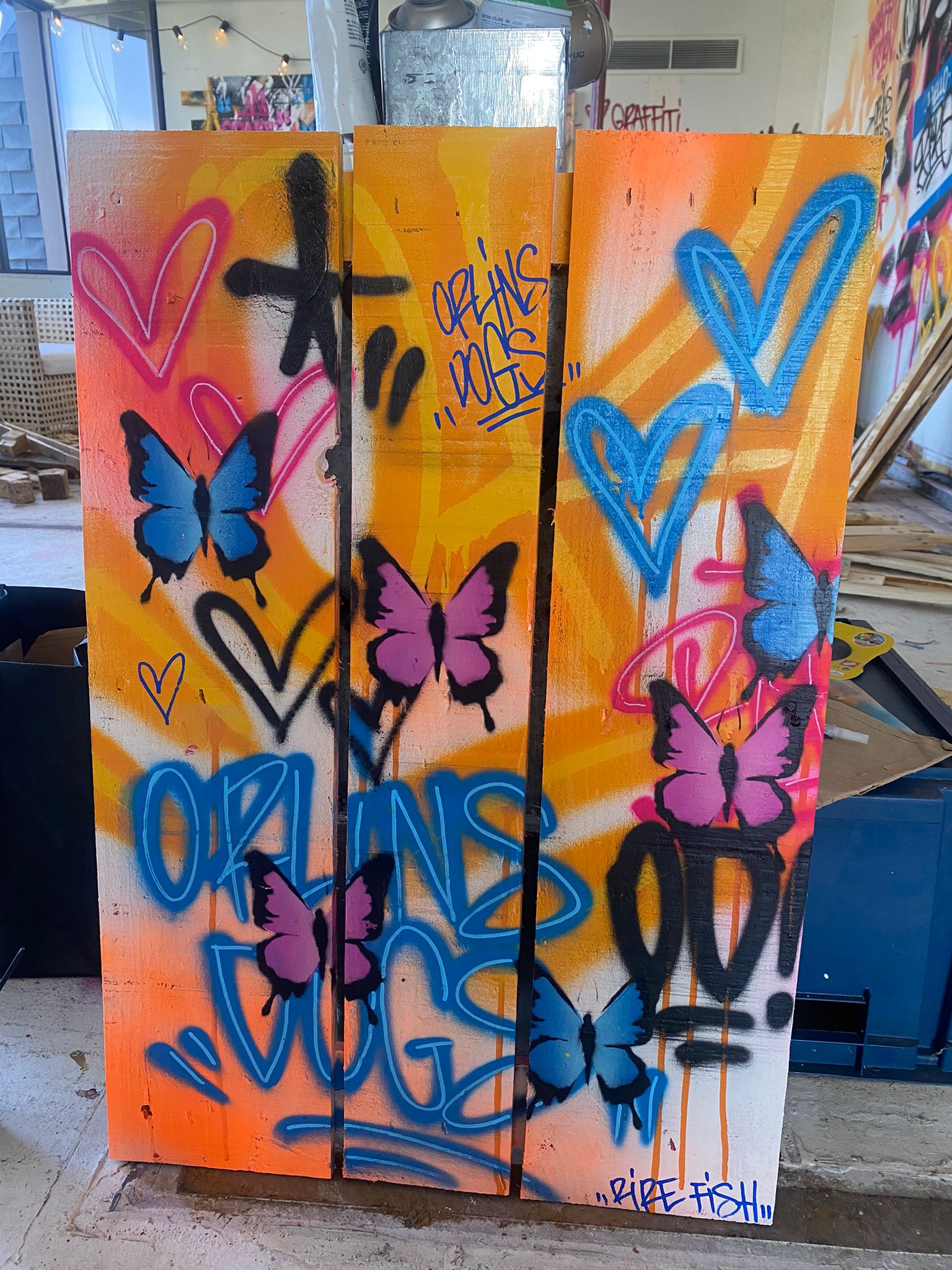