Born in England and the United States between the 1950s and the 1960s, pop art was perhaps the last revolution in the art world. Detaching itself from any elitist character, the movement was the expression of a contemporary social imaginary and addressed the masses who lived immersed in that imaginary. Artists were inspired by objects of everyday reality and common consumption, and the works themselves became commercial products, often massproduced. Pop art’ s language is captivating, it is the language of advertising and mass advertising communication, whose images are colourful, the tones ironic and playful. Just like a well-packaged product, the wrapper reveals a content whose meanings can be less sweet than expected. Pop design, like pop art, aims at a great visual effect, and at an unconventional, witty, geometric character, with bright and contrasting colours, and available to everyone. 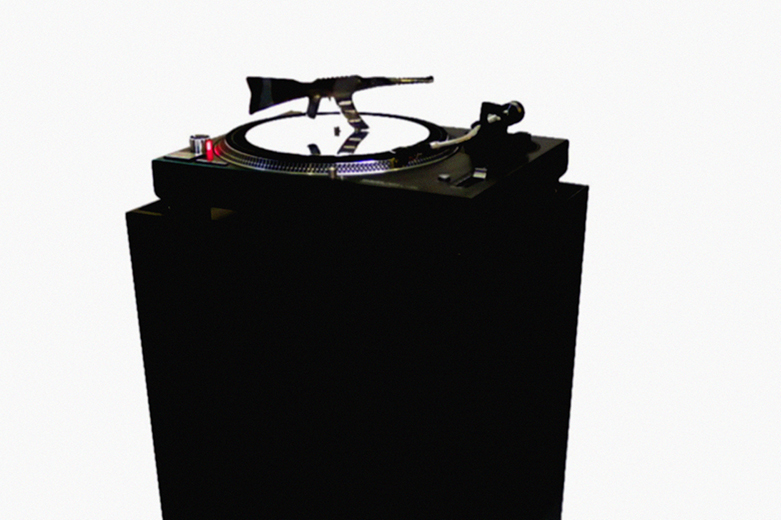 For this exhibition, the artist presents the installation Disco Fucile, an irreverent way of listening to music, especially in today’s world. With a sort of “russian roulette”, a shot can be a sound or a bullet. A song stops and a life goes on. Don’t be the target and don’t stop dancing. 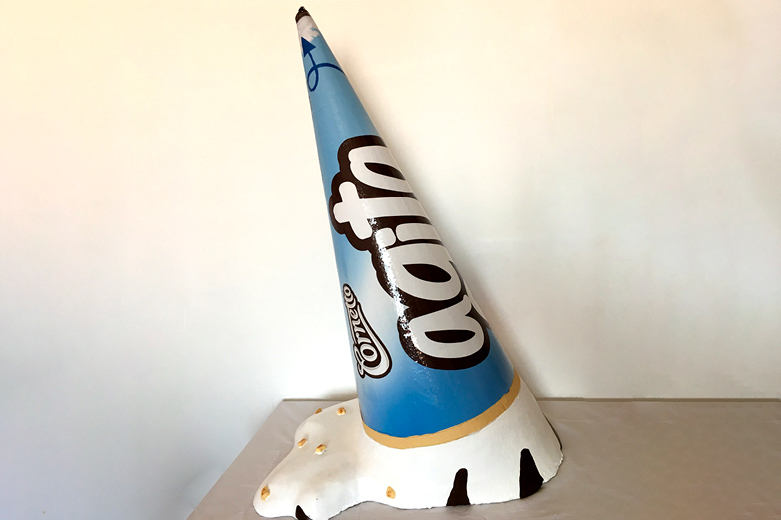 Alessandra Pierelli’s work highlights the limits of its representation, by changing the scale (enlarging it), or with new sign propositions, acting on the signifier and therefore also on its meaning (in Cornetto Agita, everything is similar to the original, except for a misprint in the corresponding product name). This semantic shift is enough to turn a hyperrealist work into a conceptual work. 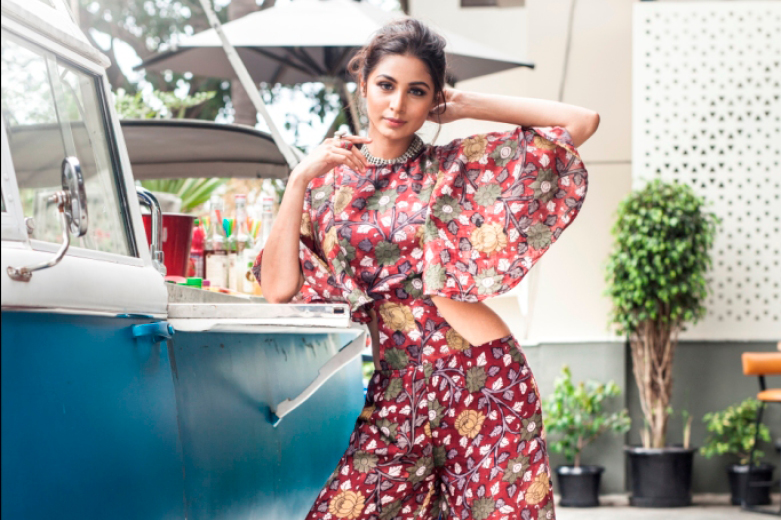 Since 2008, Varun Ranga has been a juggernaut at sensitizing the apparel and textile industries of India to turn eco-friendly across its supply chain. He has been passionately advocating the immense beauty and potential of GI-centric artisan crafts to the industry and consumers alike. 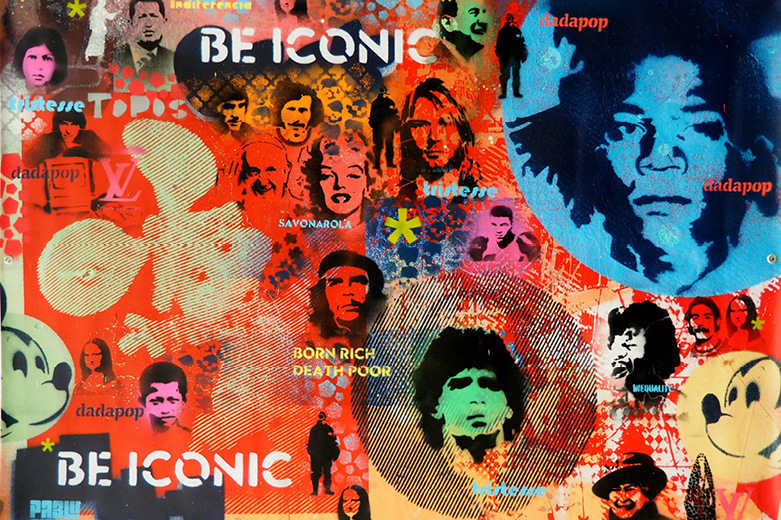 Pinxit’s paintings, especially the floral compositions and the most recent stencil art, break away from the task of narration. The work itself becomes mimesis of the human, a universal mirror sending back our image as individuals and as a society. 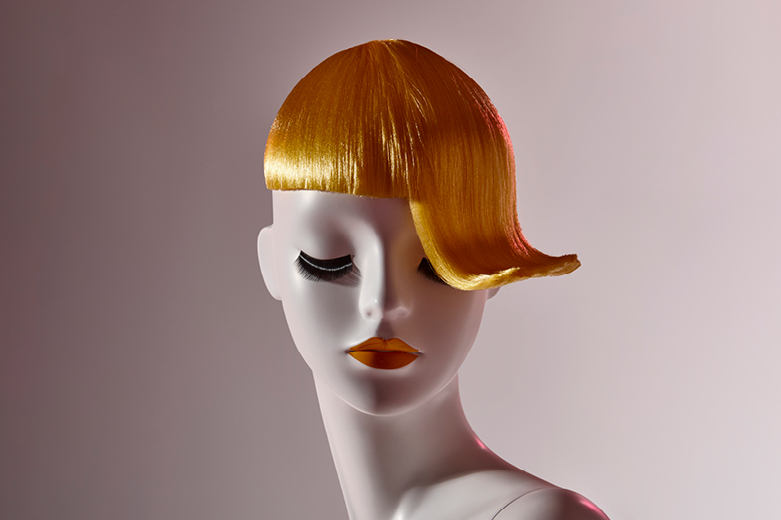 Since 1963, it is a clear example of “Made in Italy”, born from the marriage between the oldest school of craftsmanship and the most modern design. A well-rooted experience in retail combined with the sensitivity for beauty are synthesized in the ABC collection, thus creating true works of art, mannequins with a soul. 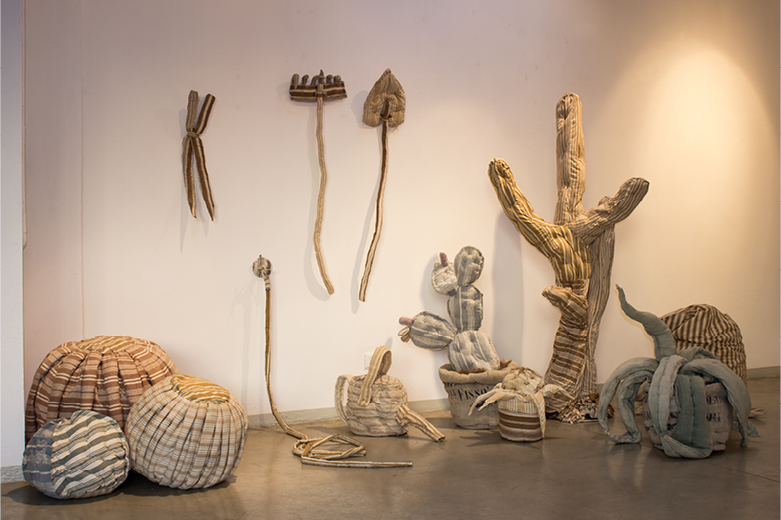 Born in Rome in 1957, after completing the course on Graphics and Painting at the Civic School of Visual Arts of Pavia, Silvia Manazza perfected herself at the Centro dell’Immagine in Milan, with the artist Mario Raciti and later, after recognising her interest in sculpture, she attended the Laboratory of Giuseppe Giannini in Pietrasanta, where she learned the moulding techniques, necessary for melting wax. 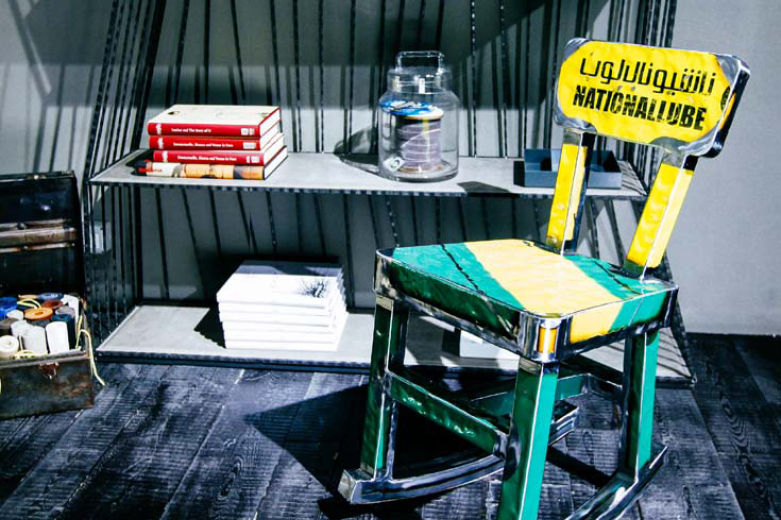 Each piece is an expression of VAD philosophy among past, present and future: traditional knowledge and avantgarde go beyond the mere production of a piece, each time telling a different story trough nuances, imperfections, colour combinations and surface textures. Excellence in craftmanship is combined with recovery and continuous research: iron and sheets are expertly processed and transformed in compliance with the intrinsic qualities of the materials. 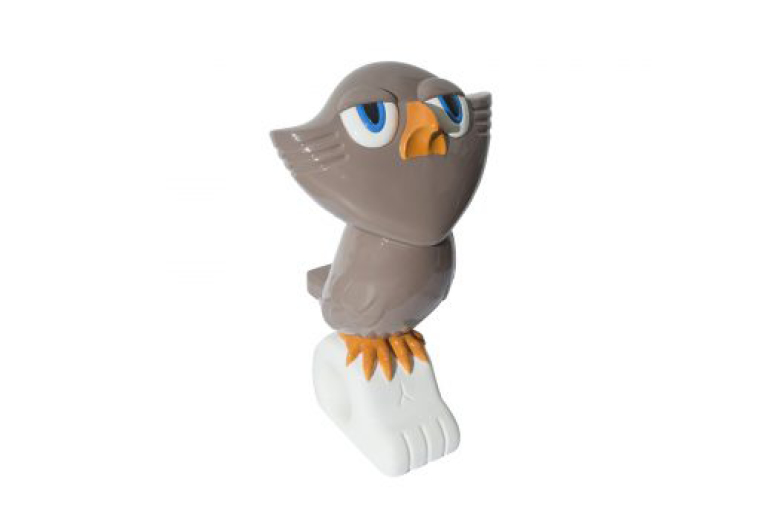 For over 10 years, Massimo Giacon has been designing limited-edition ceramic sculptures for Superego. Are they ceramics with some function? Sometimes yes, very often not. Unless these sparkling-coloured pop ceramics are not fetishes that with their bizarre and somewhat disturbing appearance serve as a receptacle for our ailments. 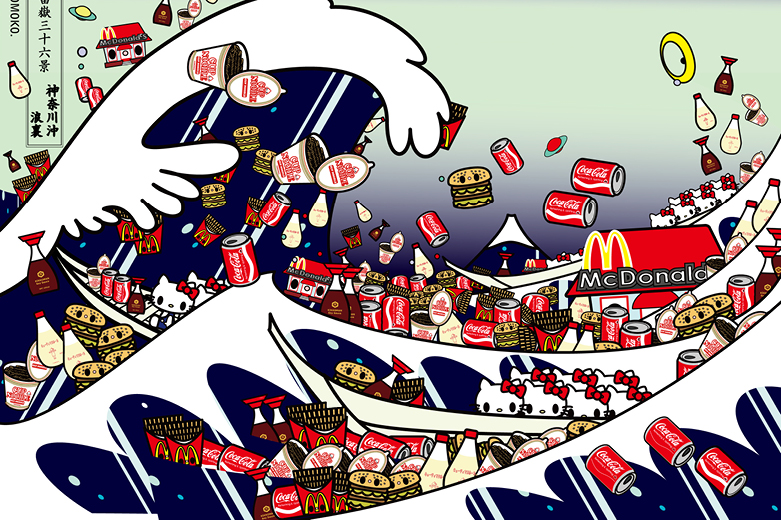 The emphatic flatness of the image and its clearly defined outlines, derived from the visual language of the postmodern Japanese art movement Superflat, appear here like an extreme version of the style of the Old Renaissance masters, who worked on similar principles. 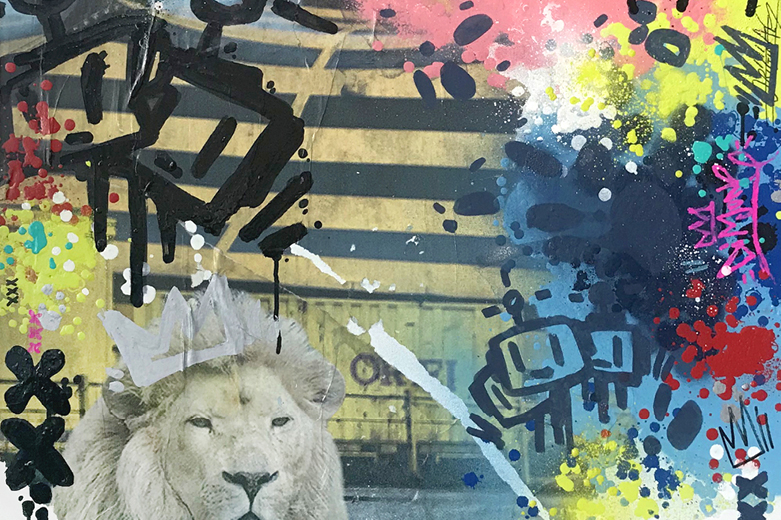 Writer, eclectic and polyhedric artist, Massimo Sirelli combines the instinct and anger of graffiti with the pure rationality of graphics. His peculiar approach allows him to filter the work of the great representatives of pop art and action painting, with a particular attraction towards contemporary art. 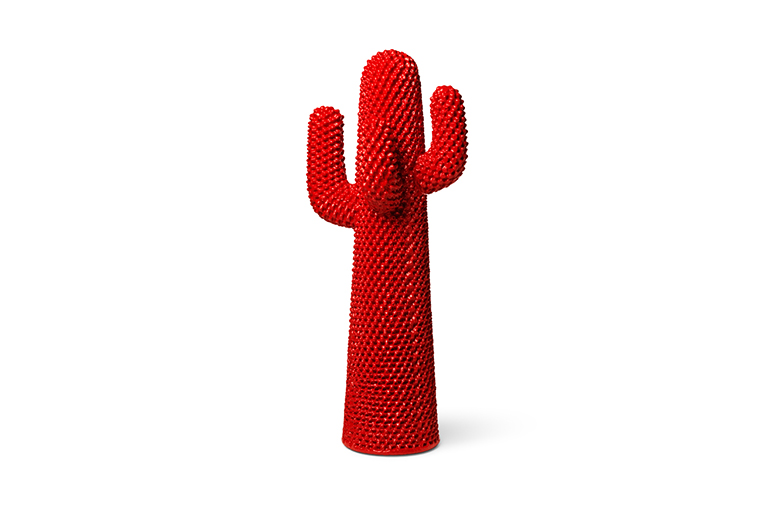 Cactus is the icon of Italian design that has
revolutionized the domestic landscape. Since it was
created in 1972, this ironic totem has been made and
painted by hand. Over the years, it has been produced in
several colours for limited editions exhibited in the most
important museums in the world. 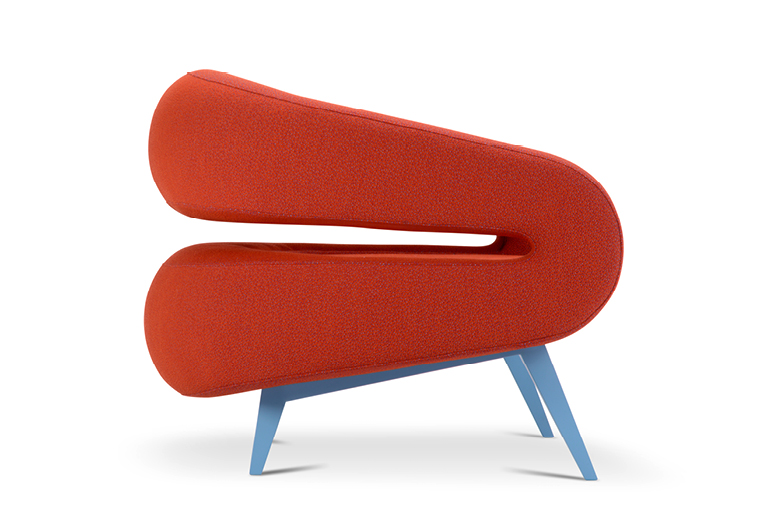 Like a stone carved by the wind, Roche glides down from Venus with its harmonious, and essential shapes, bringing to Earth the impalpable beauty of the brightest planet in the solar system. Composed primarily of
petrified lava, Venus inspires a collection that seems to be sculpted in rocks to amaze and satisfy the most demanding gaze and welcome in a warm embrace. 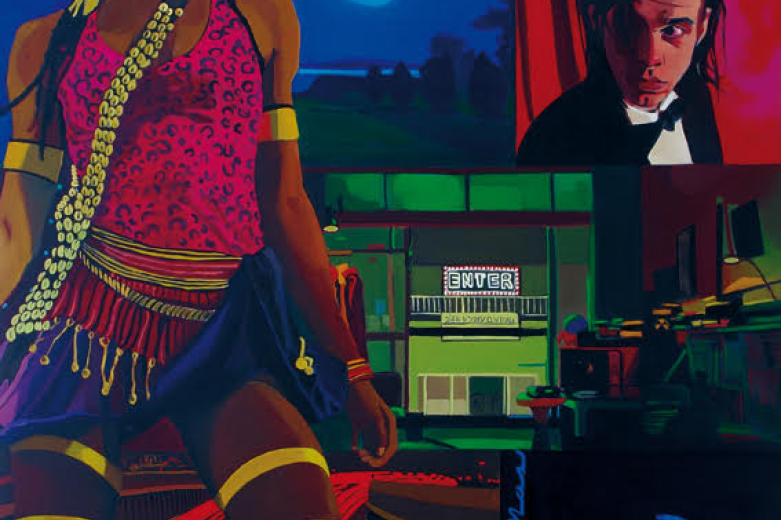 Anna Muzi held her first solo exibition in 1998 al the Galleria Antonia Jannone in Milan. Her work has been shown in Spazio per L’Arte Contemporanea in Lugano, at the Stattbad Gallery in Berlin and at the museum of Bella Artes, La Havana, Cuba. 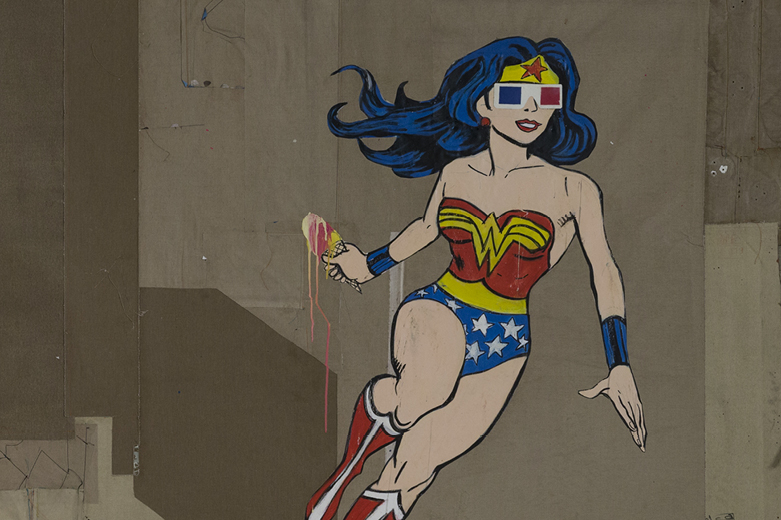 Bombardelli transforms the canvas using the collage technique, destroying existing works, putting energy and colour, pop insertions and incursions into the abstract, creating collages that evoke a virgin and wild territory, an unusual corner of the world inhabited by strange creatures. 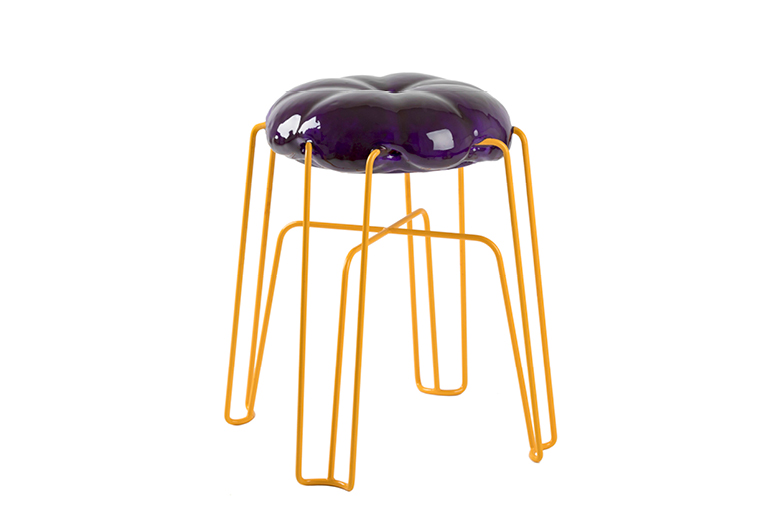 The work by Paul Ketz is not limited to predicates like practical or helpful. Marshmallow is a glossy coated soft foam stool, that seems almost too tasty to sit on. Each piece is unique–there is no mould used for making the Marshmallow stools. 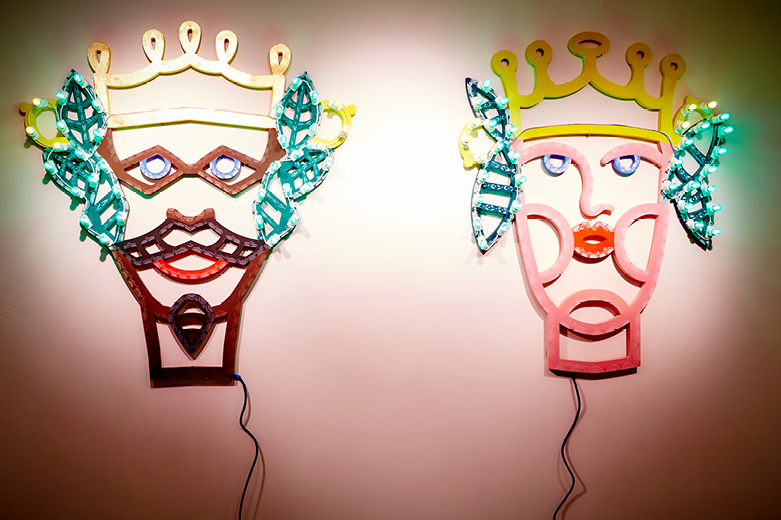 Domenico Pellegrino exhibits works made with the illuminations typical of Sicilian folk festivals, which become, through the artist’s action, the means to talk about contemporary themes. 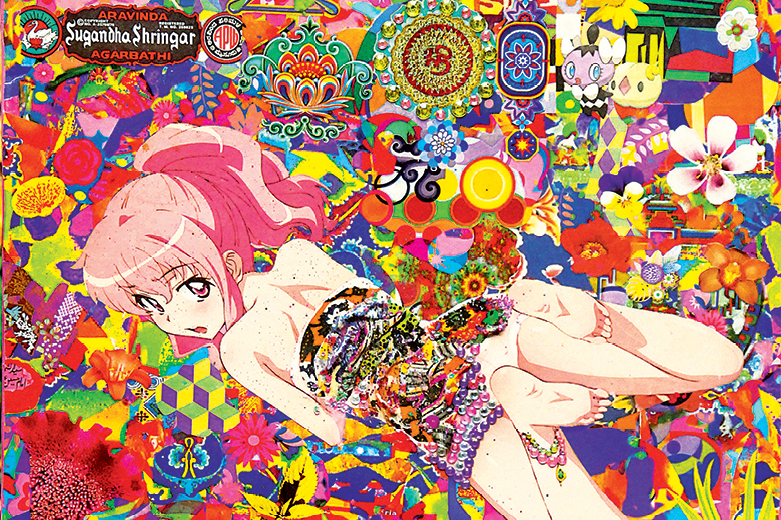 Felipe Cardeña, a “mysterious artist in the style of Banksy”, as the Italian newspaper Corriere della Sera described him, made his picaresque biography and the ambiguity surrounding it, an artistic and performative operation. His work, which focuses on contemporary issues such as the multiplicity of identity in the web age, the relationship between true, plausible and false, the inability of information media to find an objective truth, the game of references between real life and literary and artistic invention. 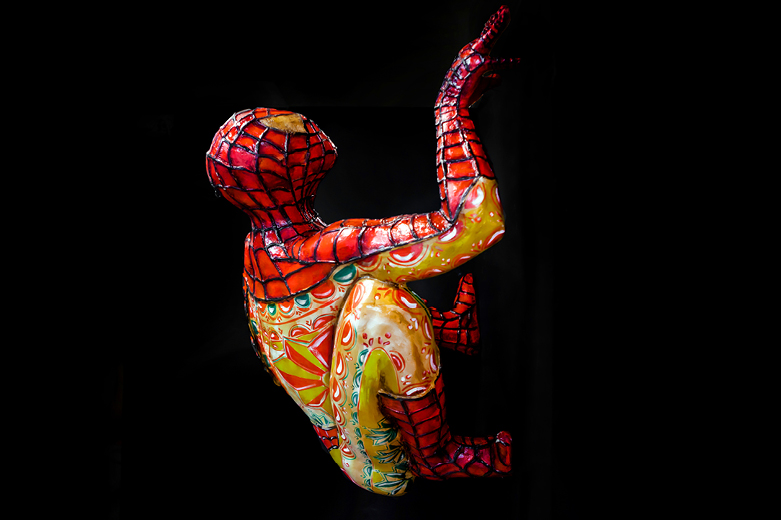 Iconographic details, decorative graftings–exaggerated or revised–are the connotative elements of the work of Domenico Pellegrino, a Sicilian artist who has made popular traditions his internationally recognized trademark. Pellegrino’s sculptures become warriors or saviours of a present reality full of dangers and pitfalls: an ironic actualized transposition of the world of paper, plastic or celluloid from which our heroes were born. 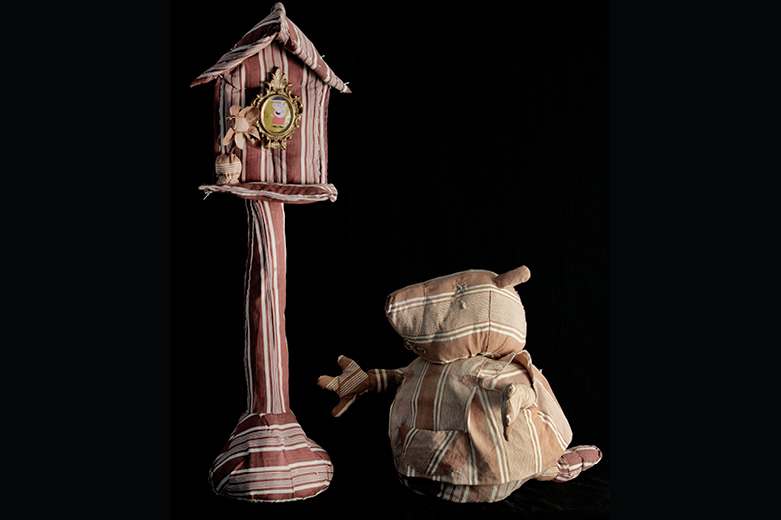 The real “shock” for Silvia Manazza occurred when she accidentally found herself in an old disused school, with hundreds of abandoned mattresses, ready to be thrown away. Suddenly, she was taken by the desire to give them a different destiny. From that moment, she began to stitch their “ripped” canvases, stuffing them to ironically recreate everyday objects, telling new stories and inviting everyone to let themselves go. 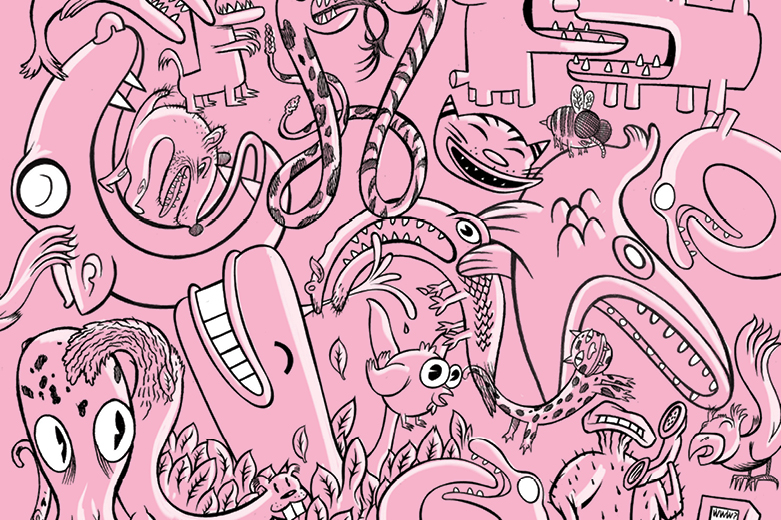 Massimo Giacon was born in Padua in 1961, and works in Milan, suspended among his various activities as a cartoonist, illustrator, designer, artist and musician. Animal-Vegetal-Mineral, created for this exhibition, is one of his many concentrated and ambitious works, where the designer has the presumption to redesign the world. 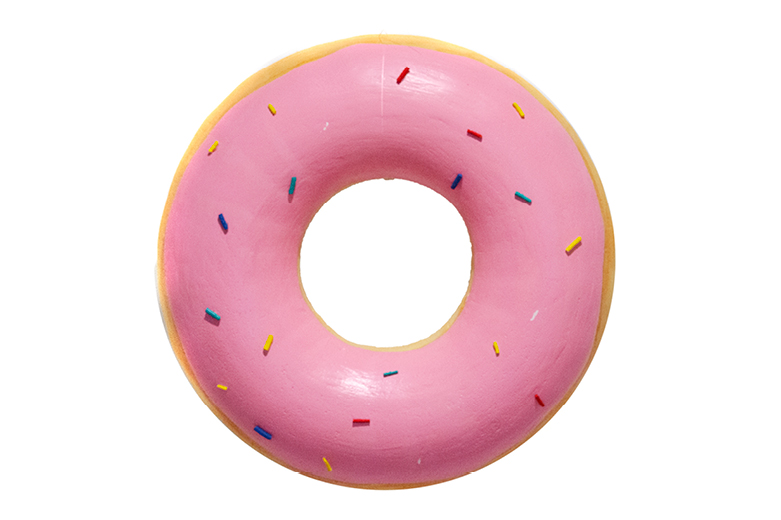 POP FOOD is one of the elements of Pop Art. Answering to the best Pop tradition Alessandra Pierelli says: “my work is material as well as conceptual, adhering to the represented context, which is the playful one of sweets and candies.”